In terms of effect on your everyday life, one of the most helpful spiritual practices you can pursue is monitoring and choreographing your thoughts the very first thing when you wake up in the morning and the last thing before you go to sleep at night. This important habit will not develop on its own; you must be intentional, going so far as to post a reminder note to yourself, if need be, to help you remember.

Specifically what you bring into your mind to focus on might logically pertain to the area of your daily life or of your spirituality where you would like help. For example, if you feel a need for divine guidance on a decision, you might choose to memorize and repeat the Psalm that appears on the “About” page of this website: “Cause me to hear Your loving kindness in the morning, for on You do I lean and in You do I trust. Cause me to know the way wherein I should walk, for I lift up my inner self to You.” (Psalm 143:8) This is a good one for repeating at night until you fall asleep, and it’s equally good to repeat in your mind and allow to dwell in your heart before you get out of bed in the morning. The real blessings will be felt when the verses or positive messages you have purposefully focused on begin to come to you without prompting when you need them.

Over time, this being in charge of your thoughts can expand so that at almost any point in your day, you have an awareness of what you are focusing on and where your mind is, and by orchestrating what those thoughts will be, you will orchestrate the kind of life you will live. 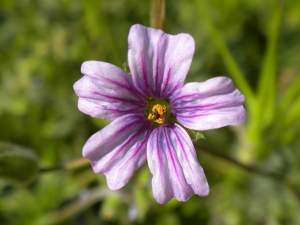 Woody Allen is given credit for the statement: “Eighty percent of success is showing up.” The truth of this observation resonates with many people, pursuing many different pathways to hoped-for success, and writing is one endeavor in which it seems most apt.

When you make your living as a writer (or want to) and then you don’t regularly show up at your keyboard, or your writing tablet, or however you do it, the words don’t go down on the page. That seems pretty obvious. Something that is running around in your head isn’t being put down in words that others can read.

But there is something more to it that is even more important. If you don’t show up, you aren’t there for the inspiration to strike you, you aren’t there for the Holy Spirit to write through you, you aren’t there to create the message or the story or the essay or the poem or the book that you didn’t even know was in you waiting to be written, and those creations are always more stunning, more magnificent than the ones you formulated all by yourself. And part of the tragedy is that no one will miss it, because no one else knew it was in you either.

Whenever your time of day or night is that you write – that time when above all else, you are a writer – make sure you show up! 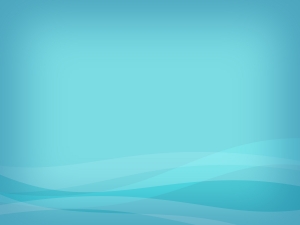 One of the enduring promises available to anyone who seeks it is the presence of God. If this promise were found in only a single passage in the Bible, it might be dismissed, but instead it is there so many times – in both the Hebrew scriptures and the New Testament – that the message cannot be ignored.

Sometimes the promise starts in what you do, as in James 4:8, which in the Amplified Bible reads: “Come close to God and He will come close to you.” The King James language has it: “Draw nigh to God and he will draw nigh to you.” Psalm 145:18 takes a similar approach: “The Lord is near to all who call on him, to all who call on him in truth.” Again, the KJV likes the word nigh but offers the same promise.

Sometimes the language of the promise is forceful, as in Deuteronomy 31:6 and Joshua 1:9. The former reads: “Be strong and courageous. Do not be afraid or terrified because of them, for the Lord your God goes with you; he will never leave you nor forsake you.” Likewise the Joshua passage reads: “Have not I commanded you? Be strong, vigorous, and very courageous. Be not afraid, neither be dismayed, for the Lord your God is with you wherever you go.”

The next time you wake up in the night terrified from a nightmare, or worried about your circumstances, say that last one a few times to yourself and you’ll have no trouble getting back to peace.

Christa Allan’s 2011 book, The Edge of Grace, is a fiction approach to answering the question: Can a person be gay and a Christian at the same time? There are still plenty of people around who gasp at putting the two key words in the same sentence, but Allan takes on the job of depicting the subtly progressive movement of perspective and attitude.

The lead character, Caryn, is a recently widowed mother who has all she can do to grieve the loss of her husband, rear their young son, and operate a struggling catering business. Now, on top of all that, she suddenly has to adjust to the new information that her brother, with whom she had previously been close, is gay. Despite the moments of well-described heartache, the author applies many leavening touches of humor, as in this early glimpse at Caryn’s relationship with her next-door neighbor: “I must have looked like Martha Stewart, the prison months. But Julie looked me over and didn’t say anything about my stupor or my morning bed-hair, which probably poked out from my scalp like clusters of brown twigs.”

Caryn will need Julie’s level-headed support, and a good deal more, when the story takes a serious turn with the hate crime that nearly kills her brother. From there, the reader is privileged to share the twists and turns of Caryn’s process of growth and acceptance, forgiveness and self-forgiveness. For all of us, there is learning available at the edge of grace.

In my years as a spiritual director, I have encountered two individuals whose main issue was the question of certainty. Both expressed not only a deep need to know beyond any doubt the answers to their questions about the nature of God and the role of a divine force in human activity, but also a determination to pursue their questions until the answers became clear. For one, the quest emphasized studying and discussing theological texts one after another; for the other, the effort had devolved into repetitive spiritual direction sessions in which the same questions arose over and over.

I am grateful to both individuals for making clearer the role of faith in spirituality. Both of these seekers had identified the mystery that surrounds the infinite, but instead of being awestruck and reverent, they were afflicted with a terrible need to make the mystery disappear, to conquer it, and to reduce it to a size they could grasp. They were rejecting the human side of the spiritual relationship: acceptance of ambiguity and belief that there is a balance of what God brings (grace) and what we bring (faith).

This may not be the full explanation of what the Bible means by the statement that we must change and become like little children, but it might be part of it. Little children can have no certainty about anything outside of the faith they have in their parents. Likewise, in our spiritual relationship, our only certainty is the faith we bring to it.

The “about Jean” section of this website makes reference to two points in my writing history: I made my living as a freelance writer for business clients for about fifteen years, and for the last four of them, I wrote and published a spiritual newsletter. In those years, I learned a valuable, practical lesson: always spend time in prayer before putting my hands on the keyboard and attempting to put words on the page. It sounds like a simple point, but it makes all the difference in the world.

The reason this is a powerful practice is the infinite world of Spirit that we can access if we wish to. This spiritual “place” has the right themes, the right words, and the guidance and peace we need in order to settle into the job we are undertaking. It will even accommodate deadlines! You can go it alone and not avail yourself of this priceless assistance, but doing so, more often than not, leads to frustration, stress, and even the dreaded “writer’s block.”

The more you nurture your spirituality through everyday practices such as meditation and prayer, the surer your confidence in this spiritual collaboration.