A colleague was describing her frustration at having misplaced some important papers, figuring she must have misfiled them and having no idea how to backtrack to find where they were wrongly filed. She had spent a lot of time searching in every file she could remember having used, with no success. My suggestion was that before going to sleep that night, she ask her Guardian Angel to send a dream that would reveal exactly where the lost papers were.

I know she is not given to belief in this sort of supernatural intervention, so I thought no more about it. But she reported the next day that just as she was drifting off to sleep, she suddenly remembered two files she had been working with on the day the papers went missing. First thing the next morning at the office, she checked those files – and found the documents.

The incident reminded me of how frequently we forget to simply ask for what we need, whether we want to address the asking to a Guardian Angel, a Higher Power, Divine Spirit, God, or the Holy Name you prefer. In the New Testament (Amplified version), James 4:2 says, “You do not have because you do not ask.” The next verse continues by warning that care be given to what your motives are when you ask, but I could also pair the James 4:2 verse with Matthew 7:7-8, which tells us: “Keep on asking and it will be given you; keep on seeking and you will find; keep on knocking (reverently) and (the door) will be opened. For everyone who keeps on asking receives, and he who keeps on seeking finds, and to him who keeps on knocking, (the door) will be opened,”

This should at least be worth a try. 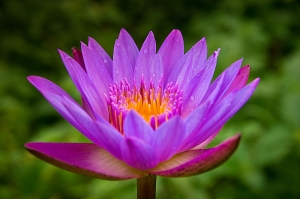 At some point in the past, on one of those TV ministries I watch, I heard the point made that unexpressed gratitude looks the same as ingratitude. The point has stayed with me, recurring at odd moments – probably when something in my spirit was nudging me to speak aloud my gratitude.

As a plan of action for daily life, it’s not a bad one: to look for the moments, the people, the words, the actions that evoke gratitude in us, and then to go the next step and express the appreciation and thanksgiving. If someone does something that benefits you, there is a cost to not speaking up to say that you appreciate it, and that cost is that the person will assume you really do not appreciate it, that you must take for granted whatever was done, that you may in fact feel entitled to it, but regardless of the fine distinctions of your reaction, you must actually be ungrateful, because unexpressed gratitude looks the same as ingratitude.

So, today I have something to be grateful about and I am not going to leave it unexpressed. I discovered an author whom I’ve never read before, and I absolutely loved the story I read by her. The author is Linda McCullough Moore and the story, entitled “We Will Sing All Six Verses,” was in the May 2012 issue of The Sun. Even the title made me smile. I am leaving a short gratitude message on her contact page.

An unusual book you might want to read is Donald Miller’s Blue Like Jazz: Nonreligious Thoughts on Christian Spirituality. (Thomas Nelson Publishers, 2003). Miller calls his work new-realism essays. I’m not sure I know what “new-realism” is; I might have said that his essays work very hard to be unflinchingly frank about where he is in relation to his faith, his relationship with God, and his relationship with other people. That position, not always pretty, moves in the course of the book.

Humor comes through Miller’s writing often, as when he muses about calling God “Father”: “I wonder why it is God refers to Himself as ‘Father’ at all. This, to me, in light of the earthly representation of the role, seems a marketing mistake.”

Miller’s text can be hard-hitting, such as this confession early in the essays: “I couldn’t give myself to Christianity because it was a religion for the intellectually naïve. In order to believe Christianity, you either had to reduce enormous theological absurdities into children’s stories or ignore them. The entire thing seemed very difficult for my intellect to embrace.” The book is often critical of Christianity and church life, but no less critical of Miller’s own behavior and shortcomings as he struggles toward maturity.

The essays reflect Miller’s growth in Christian spirituality over time as he comes to accept God’s pure and furious love: “I have come to understand that strength, inner strength, comes from receiving love as much as it comes from giving it. I think apart from the idea that I am a sinner and God forgives me, this is the greatest lesson I have ever learned. When you get it, it changes you.”

A movie has been made from the book, but I haven’t seen it and so can’t comment, but the book was worth reading and worth using as a mirror. 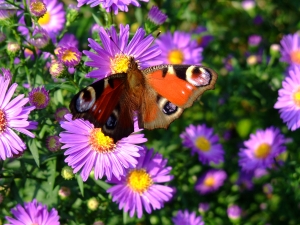 Of course I am not suggesting that you quit your job or quit doing the urgent things that come your way. Instead I am reminding you of who you are and the resources that are available to you. The Bible is full to bursting with promises and reminders of the grace that is yours.