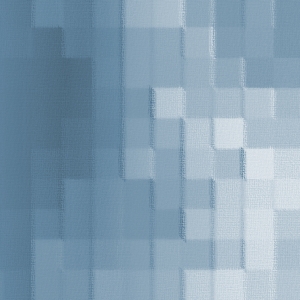 Rudyard Kipling wrote well over one hundred years ago a poetic essay entitled “If” that offered a series of stanzas all beginning, “If you can…” and most famous is its opening stanza that begins: “If you can keep your head when all about you / Are losing theirs and blaming it on you….”

Whether there is an element of blame or not, we’ve all had those situations when people around us are screaming, when life tips over into chaos, when there is good cause to wonder if others around you have lost their minds. Though on some of these occasions, you must actually do something to save the day, at other times, all that’s needed is for you to find some instant peace despite your surroundings.

One of the best tricks I’ve discovered for finding that peace is to envision a large bell jar coming down from above me, settling comfortably around me, and sealing me inside a place of quiet and calm. Bell jars are used in labs to create a vacuum where sounds are eliminated but their clear glass walls leave visibility unhampered. What the visualization does for me is to create a little space between me and whatever chaos is going on near me. It’s a brief, meditative moment when I can retreat inside the silence, re-find myself, remember what’s important, and restore equilibrium.

It takes only a moment but that’s enough to restore harmony to my being. 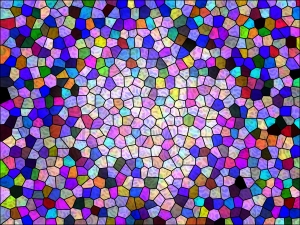 The group of spiritual directors with whom I meet once a month recently discussed the topic of loneliness/solitude. A basis for the conversation was Donna E. Schaper‘s book Alone but Not Lonely: A Spirituality of Solitude.

The initial thought might be that loneliness and solitude are flip sides of each other, but they may instead be points on a continuum. If at the far left is loneliness and its also-unhappy relative lonesomeness, then the next point to the right might be aloneness or its relative solitariness, each of which is less desolate than the previous two. Reaching solitude requires movement further to the right on the continuum, but even there one may find gradation. People speak of enjoying solitude when all they are doing is happily not being with other people; others speak of solitude that is companionship with Spirit. This distinction between the two kinds of solitude was addressed by Joan Chittister in a nice essay in her book Called to Question: A Spiritual Memoir.

There is a reason patience has gotten so much press, going back considerably in time. The Chinese philosopher and author of the Tao Te Ching, Lao Tzu, may have said it best:  “Do you have the patience to wait until your mud settles and the water is clear?” Three thousand years more recently, the New Testament writer Paul wrote to the Galatians (5:23), advising them that patience was a fruit of the spirit – a spiritual gift they could count on if they accepted and followed the ways of Christ. The Hebrew Bible, too, speaks highly of patience; David’s 40th Psalm reports: “I waited patiently for the Lord; he turned to me and heard my cry.”

The belief about patience in Islam is that it enables an individual to grow closer to God and thereby attain true peace. And in Buddhism, patience has more to do with controlling one’s emotions no matter the provocation, but it’s still one of the perfections a bodhisattva tries to realize.

To me, Lao Tzu’s message was the simplest and clearest, and I like its promise the best: If we have enough patience, sooner or later, the mud will settle and the water will clear, and if that can happen, our view of the situation can only be much better. 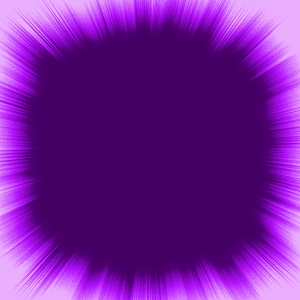 Corazon Aquino, the first woman President of the Philippines; in fact, in all of Asia, has been quoted: “Faith is not simply a patience that passively suffers until the storm is past. Rather, it is a spirit that bears things – with resignation, yes, but above all, with blazing, serene hope.”

It is that “blazing, serene hope” that most attracts me.

Faith is a big part of living an everyday kind of spirituality. Faith, at its most mundane level, is that confidence within that somehow things will work out right if we just keep doing what we believe is the right thing. Most of us are familiar with the definition in Hebrews 11:1 that faith is the “substance of things hoped for, the evidence of things not seen” (KJV). Perhaps fewer of us are familiar with the concept just a couple of verses later that “by faith we understand that … what is seen was not made out of what was visible.”

When you take that last thought, from Verse 3, a step further, you can extrapolate that whatever is not currently in existence but that you deeply desire can, through faith, be generated just as well out of what is not now visible on this plane, to our human eyes. That thought is all I need to evoke blazing, serene hope!