Some people don’t particularly like the book of Romans, but this morning I came across something there that has stayed in my head ever since. It was Romans 15:4 in the Amplified Bible and it goes like this:

“For whatever was thus written in former days was written for our instruction, that by [our steadfast and patient] endurance and the encouragement [drawn] from the Scriptures we might hold fast to and cherish hope.”

Unless I am misreading that, Paul is saying that the entire early Bible was written to instruct us, yes, but more to encourage us to hold onto hope. The bottom line is to ensure that we stay in hope.

Why would hope be so important?

We often come across people who have been so beaten up by life that they have become bitter, negative, cynical, angry. Maybe the best word to describe them is “unhopeful.” They are people who have lost hope for a better outcome, for life to be at least somewhat as they envisioned it.

How can you ensure that you don’t become one of those who have lost their hope?

Last night for my writers group, I read as a prayer meditation, a short section from Richard Rohr’s Everything Belongs.

First quoting Father Paul D’Arcy’s well-known observation, “God comes to us disguised as our life,” Rohr writes: “Everything belongs; God uses everything. There are no dead-ends. There is no wasted energy.”

You may have parts of your life that you consider somehow apart from your spiritual life. At one time or another, everyone attempts this compartmentalization, as though there are some things we can keep separate. But we are whole persons, and wholly God’s. Everything belongs. 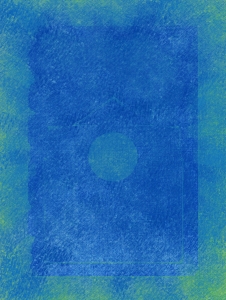 I closed the year 2013 with a reflection (see below) on Sarah Coakley’s essay entitled “Prayer as Crucible” in How My Mind Has Changed (Essays from the Christian Century, edited by David Heim, Cascade Books, 2011). Professor Coakley writes about what happened to her as a result of an ongoing practice in Transcendental Meditation—one very effective way of practicing silence.

She described her experience this way: “Underneath was an extraordinary sense of spiritual and epistemic expansion—of being taken by the hand into a new world of glorious Technicolor, in which all one’s desires were newly magnetized toward God, all beauty sharpened and intensified. Yet simultaneously all poverty, deprivation, and injustice were equally and painfully impressed with new force on my consciousness.”

I can imagine that many people would want the first half of that, but not so much the latter half, since we live in a world in which every newscast wants us to know about the very worst that is happening in the world. Presumably, it was the first half of Coakley’s experience that made the second part bearable.

Shortly after reading Coakley’s essay, I picked up a copy of Jefferson Bethke’s book Jesus > Religion (Thomas Nelson, 2013), in which I found the amazing suggestion that what young people fear most today is silence. Bethke looks at how incessantly connected young people are to their iPods, social media sites, and cell phones, and concludes that the most intolerable thing must be silence.

I wonder if one reason young people might fear silence is that they know by some instinct that what awaits them through silence is a driving deep within themselves. Perhaps they sense that what awaits them, should they dare, is what Coakley found: a great, intense magnetizing toward God in which, yes, there may be tremendous beauty, but there might also be a too-terrible, too-painful encounter with the poverty and injustice in the world.

Call the Midwife is a British television show described on the website as “drama set in London’s East End during the 1950s, based on the memoirs of Jennifer Worth.” With midwives involved, you know there is always something to do with childbirth, and the episodes always strike me as well-written and engaging. A lot of the stories relate to the remnants of World War II, with such problems as unexploded bombs that threaten half the city.

At the beginning and end of the episodes are voiceovers by Vanessa Redgrave, speaking as the author who was one of the 1950s midwives. The voiceovers either set up the story about to unfold or, at the end, sum up what has happened with a philosophical bent. It was one of these that I want to relay here in this blog post—as a way of saying Happy New Year. Here is Redgrave’s message:

“… in the darkness seeds awake and green shoots unfurl toward the light. Fate might shake us but our roots run deep and we have love to water them. And so we bloom where we are planted, turning our faces to the sun.”