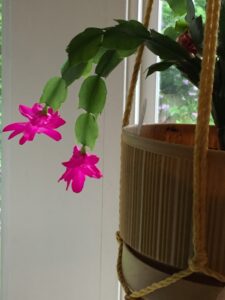 Words and God have always had my heart.

An early moment when these two loves fitted harmoniously together was when I was about eleven years old, before the trials of life had sent me down the various rabbit trails that have composed my life.

The farm I grew up on was about a mile from my church, and family members who attended often walked the gravel roads to get there. My father, not a church-attendee himself, sometimes drove us, but often not. The gravel road we walked was seldom graded, so we chose steps carefully amid the ruts and washboard.

One Sunday morning I entered the church with more than just the dust of the walk. I had carefully made what I thought was the perfect sign for my congregation. I proudly, if shyly, affixed it to the wall at the back of the sanctuary. Here is what said:

What in the world are you doing, for heaven’s sake?

I hoped that anyone who read it, would read it twice.

The two parts are turns of phrase so common that the point might easily be missed. The question on the front end was one every member would have heard thousands of times. It paired well with the mundane phrase on the back end—the Midwestern response to anything the least bit surprising or curious. The result, to my young mind, was a profound theological reflection.

In fact, in all the Bible studies since, including the master’s degree in spirituality, I don’t know that I’ve ever come up with a better theological question.

My memory of the sign ends with the posting of it. I don’t recall that there was any reaction whatsoever in the church. Probably some members read it, but likely only once.

If I could, I would go back in time and dare them all: read it, and read it more than once.