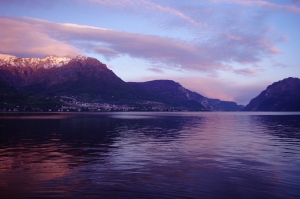 This morning I came across something in Psalms that was highlighted probably years ago, but just discovered again today – when I need it. It is Psalm 138:8, which in the Amplified reads: “The Lord will perfect that which concerns me.” The NIV reads: “The Lord will fulfill his purpose for me….”

It’s all about trusting that whatever befalls you will not swamp you. This morning Joel Osteen talked about the fiery furnaces we face in life. Sometimes we pray to be delivered so that we are spared from having to go through them, but we might need to go through them to move us to the next place we’re supposed to be. In that case, God isn’t going to spare you from whatever is upsetting your life, but God will, as Joel said, make you “fireproof” because the situation is a critical step on your way to whatever is next. We’ve all heard stories of people who were doing everything they could to avoid being laid off from their jobs (often jobs that had long since stopped being rewarding), then they were laid off anyway, and ultimately they ended up in a much better situation.

If I can trust that God will perfect that which concerns me, then there are some keys to how I will approach anything that occurs. These keys include: I will readily forgive anyone who appears to have hurt or betrayed me; I will not hold bitterness or resentment; I can let go of anxiety and fear; rather than dreading each new day, I can look forward in anticipation; I can live in peace.

May we all live in peace in the New Year.