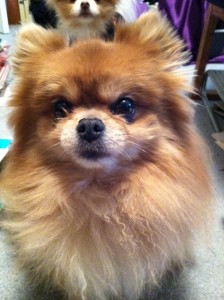 Can it be that the entire month of July slipped by without a post—actually six weeks? My life has been complicated by the loss of a very beloved pet, my Pomeranian Hillary, on July 1, and I have been coping (barely, apparently) ever since. The fact that she died unexpectedly while I was holding her on my lap only added to the shock and sadness. On top of that, and certainly related, my partner has had a painful case of shingles that came on right after Hillary died and continues even now. So, my household has been a learning ground here lately!

In this context, I came across this quote from theologian Reinhold Niebuhr: “An adequate religion is always an ultimate optimism which has entertained all the facts which lead to pessimism.”

Typical of Niebuhr, there is a lot to chew on here. First, how often do we see “adequate” and “religion” juxtaposed! At the least, it forces me to consider whether my own religion is merely “adequate.” I don’t want to believe that I have a just-get-by religion that scarcely serves me when I’m against the wall. In some senses, I have been against the wall for the past six weeks, and I can report that my religion has been more than adequate.

But it is really the rest of the quote that most draws me. The thought is that in order to be adequate to its purpose, any belief system calling itself a religion must have considered every fact, every avenue that leads ordinary minds to pessimism, and instead it must lead the believer ultimately to optimism.

That’s a religion I will follow with my whole heart all the days of my life.