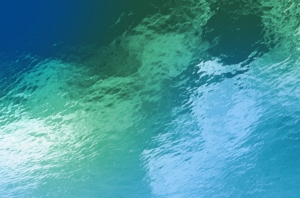 Today has been a day of complete rest: sleeping late, then meditation, then a nap later, then lying about reading all day. I’m sure it’s been years since I have taken a day like this, and I am grateful for the complete quiet, the extraordinary peace. I would not want to live like this every day, but something negative happens if a day like this is never taken. It’s probably the buildup of how seldom such a day is enjoyed that makes it become imperative. It’s been a retreat day without going anywhere or paying anything for the privilege.

So, why am I writing about this? My purpose is really not to push this sort of “not-doing” day as a spiritual practice, though maybe it should be – it’s certainly benefited my spiritual being. I’m writing this because yesterday a friend of mine said (in gentle ridicule, I think) that my blog posts happen when God tells me what to write. Today, after many days of silence in this blog, this is what I felt compelled to write … so could be she’s right. I think that’s how I’m going to approach this blog from here on. Thanks, Erin!

We like obedience in our pets; we’d love it in our toddlers and teenagers. But how many of us like to apply it to ourselves? Most of us have grown up with “free will” and “freedom” as integral parts of our psyches.

Preachers know this, so it’s easy to see how they might not want to push on the Biblical texts requiring obedience. Nonetheless, those texts are hard to miss, since they are all over the place. I’ll include two or three at the bottom of this post for those in the mood for scourging.

So … how fascinating to find a novel built around the concept of holy obedience. Lisa Samson‘s 2009 book The Passion of Mary-Margaret relates the story of a religious sister whose focus her entire life has been the religious life – but then she receives the divine instruction to marry a man who had once been her childhood friend but had since entered into a sordid life involving prostitution and heroin.

What’s the likelihood that you would feel compelled to be obedient in that situation? Lisa Samson is a writer who knows her way around a difficult theme, and this is a book worth reading. Now for those few (of many) passages I promised:

Romans 2:13: “For it is not those who hear the law who are righteous in God’s sight, but it is those who obey the law who will be declared righteous.”

Job: 36:11: “If they obey and serve him, they will spend the rest of their days in prosperity and their years in contentment.” 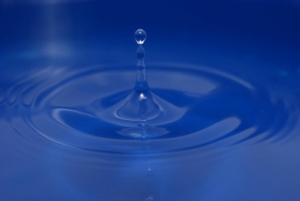 Pierre Teilhard de Chardin is known in several arenas: paleontology, geology, philosophy, theology – but it’s possible that his most widely known writing is a poem from a prayer book entitled Hearts on Fire: Praying with the Jesuits (Loyola Press, 2005).

The poem is “Patient Trust” and it begins: “Above all, trust in the slow work of God….” This is hard for most of us to do. We think not only that it’s all about us, but also that it’s entirely up to us. This is not to suggest that we don’t have responsibilities. Among our responsibilities is to determine what we want to do with our lives, to get very clear about it, and to set about doing what we can see to do toward it. But if we have envisioned well, the goal will be bigger than what we can achieve by ourselves, and trusting God becomes part of our job.

The poem continues: “We are quite naturally inpatient in everything to reach the end without delay. We would like to skip the intermediate stages. We are impatient of being on the way to something unknown, something new. And yet, it is the law of all progress that it is made by passing through some stages of instability – and that it may take a very long time.” Boy, do we hate the idea that it might take a very long time.

Part of the benefit of trusting is that we aren’t alone in enduring however long it takes. But there is another part too that has to do with allowing the ripening that must occur. You will be a different person at the end than you are today, and the “passing through” is the sacred shaper of who you will become. The only way to “get” that is by trust.